Got my JS2 copy of this game today (number 17) and thought I would be the first to review it. Programmed back in the day by V-Real this is an un-completed game that was officially licensed from the US Arena Football league. The game starts off with some incredibly slick presentation screens including digitised images and options accompanied by some cool music. You can select to play exhibitions or a full season and then select your team. There is a write-up of each team telling you a brief bit of history and their chances for the season and then its into the game. This is where it begins to show its a proto, first of all it looks really nice with a 3D panning arena, scaling players and a good 3/4 perspective view then you start to notice that its very hard to distinguish your players from the opponants and that the crowd is 2D. Also the camara sometimes looses the action and flips views often to really confuse you. There is minimal sound with just a few crowd noises. It plays very much like Troy Aikmen with not as many plays, you can throw run and tackle but very strangely the game goes to set up a conversion after a touchdown then suddenly switchs back to kicking again. I did find it very easy to score and its quite clear all the A.I. wasn't implemented but I still had loads of fun playing it. For an incomplete game Arena Football is really cool and shows once again what could have been for the Jag. As its a proto I have added an extra catagory for promise. 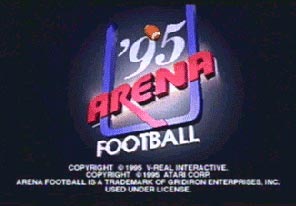 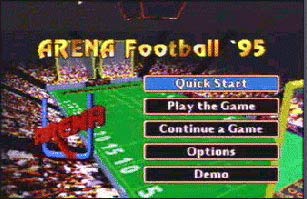 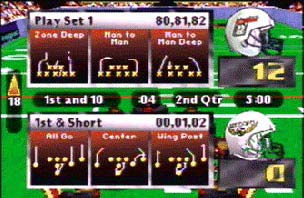 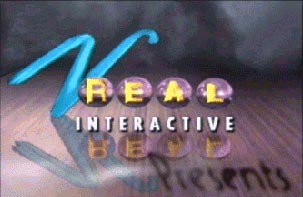 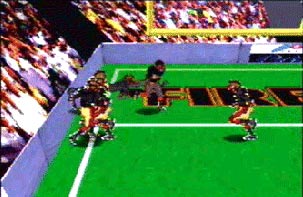 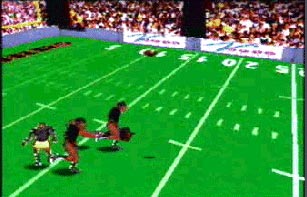 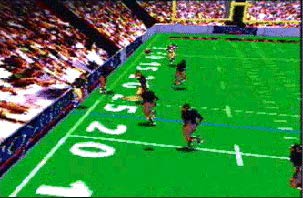 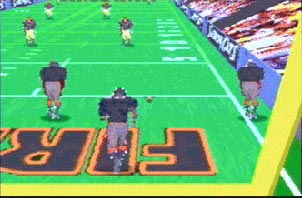 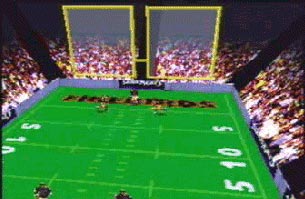