B & C ComputerVisions Van Fire Jan 31, 2006
After 18 years of service hauling thousands of computers and games from Atari's warehouses to our warehouses our Van is gone.

Today the dogs and I jumped into the Van to head down to Lee's to buy some alfalfa for the sheep. As we headed down the driveway smoke started coming from the heater vents(4:53PM). It smelled like leaves burning so I stopped the van at the bottom of the driveway thinking the smoke would stop in a few minutes. It just kept coming out thicker so I opened the doors so we could breath. The dogs ran back up the driveway and sat down to watch. It looked like they thought it would be safe up there. After awhile I could see small flames by the heater. I got back in the van and released the brake and let it roll down the driveway and across the street. By now I was choking on thick white fumes. I ran to Reggie's and she called 911(4:58 PM). All of the dogs were again with me so I decided to put them in the house before the Fire Dept arrived. As we walked past the van I could now see fire coming from under the engine now. After I locked up the dogs I picked up my camera. It all happened so fast.

The pictures show what happened in 15 minutes.

Click on each picture for larger of same picture. 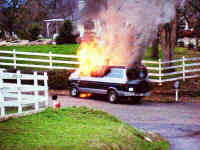 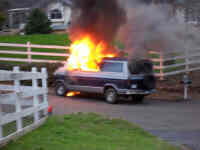 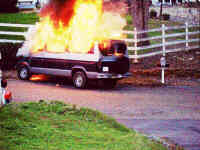 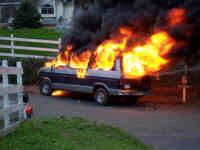 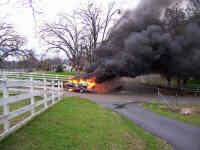 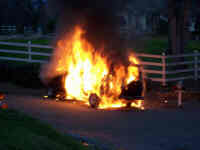 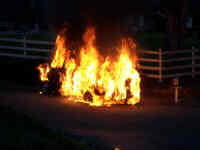 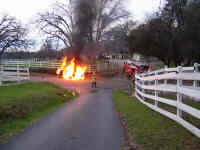 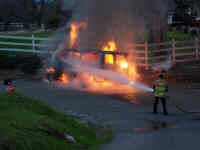 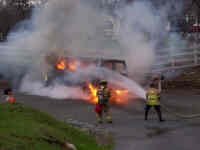 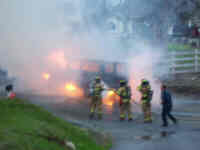 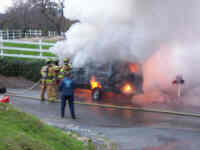 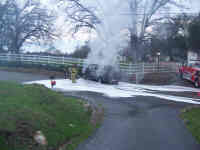 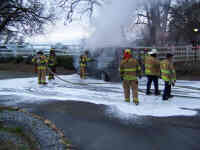 Here are a couple pictures from our neighbors yard.
That is me in my front yard taking pictues too.
Click On each picture for larger picture. 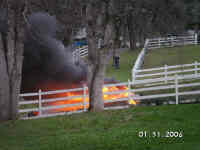 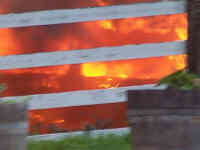 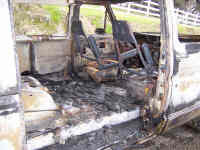 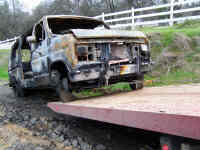 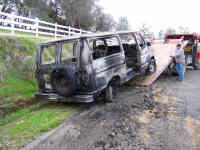